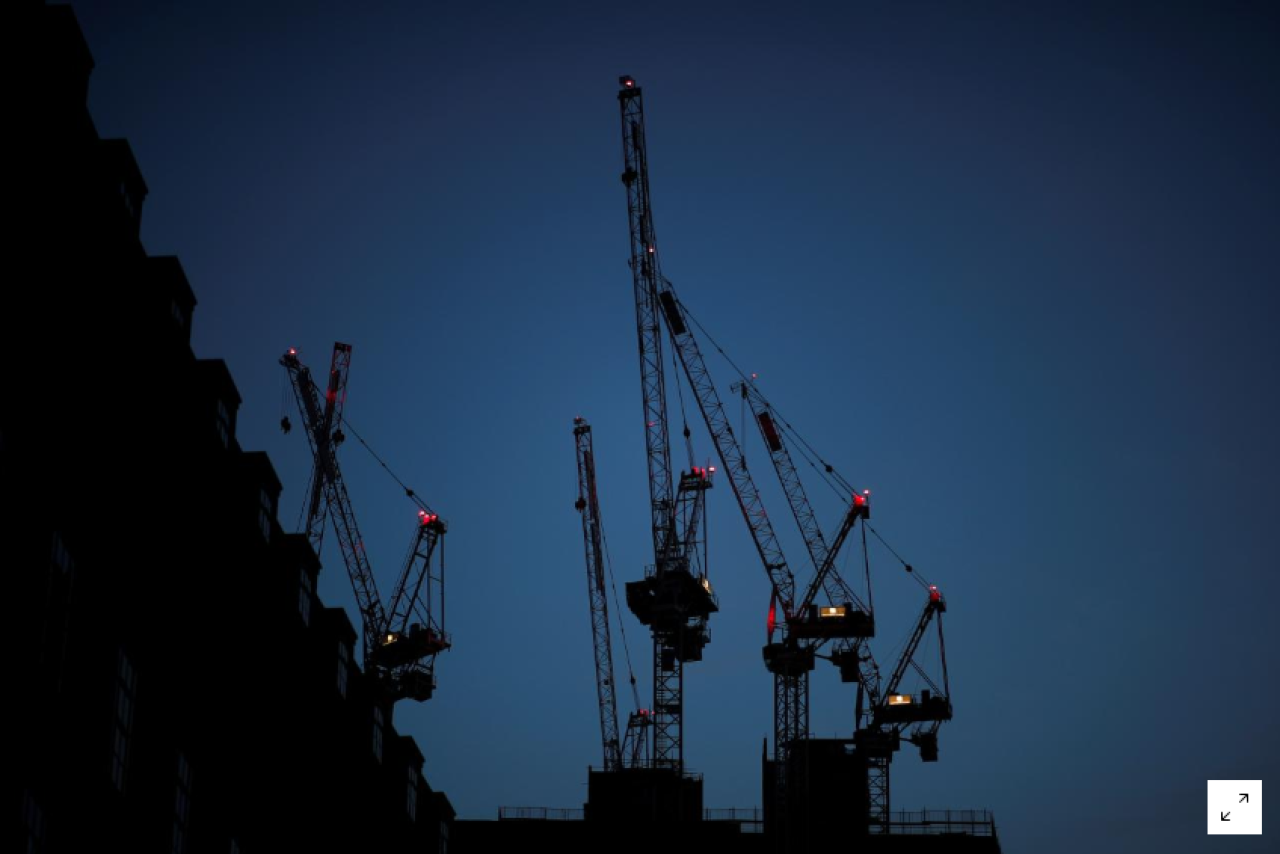 British construction activity grew at the fastest pace in four months in November, spurred by house-building and commercial work, though Brexit worries weighed on firms’ outlook for the coming year, a survey showed on Tuesday.

The IHS Markit/CIPS UK Construction Purchasing Managers’ Index (PMI) rose to 53.4 from 53.2 in October, confounding the consensus forecast for a fall to 52.5 in a Reuters poll of economists.

A similar survey on manufacturers on Monday also beat expectations, despite a warning from the Bank of England last week that in a worst-case scenario, a no-deal Brexit could lead to a sharper recession than after the 2008 financial crisis.

Construction hiring was especially robust, rising at the fastest rate since December 2015.

“Higher levels of new work were recorded for the sixth month running in November, which resulted in a robust and accelerated rise in staffing numbers,” Tim Moore, an economist at IHS Markit, said.

Business confidence picked up strongly from November’s five-year low, but remained below its average in the first half of 2018.

Prime Minister Theresa May faces a struggle to win parliamentary backing for her Brexit plan in a vote due on Dec. 11. Without lawmakers’ support, Britain risks leaving the EU on March 29 without any form of trade deal, which the government and BoE say would deal severe economic damage