Putin warns the threat of nuclear war should not be underestimated

Russian President Vladimir Putin has warned that the threat of a nuclear war should not be discounted and criticized the U.S.′ move to withdraw from an international nuclear treaty. 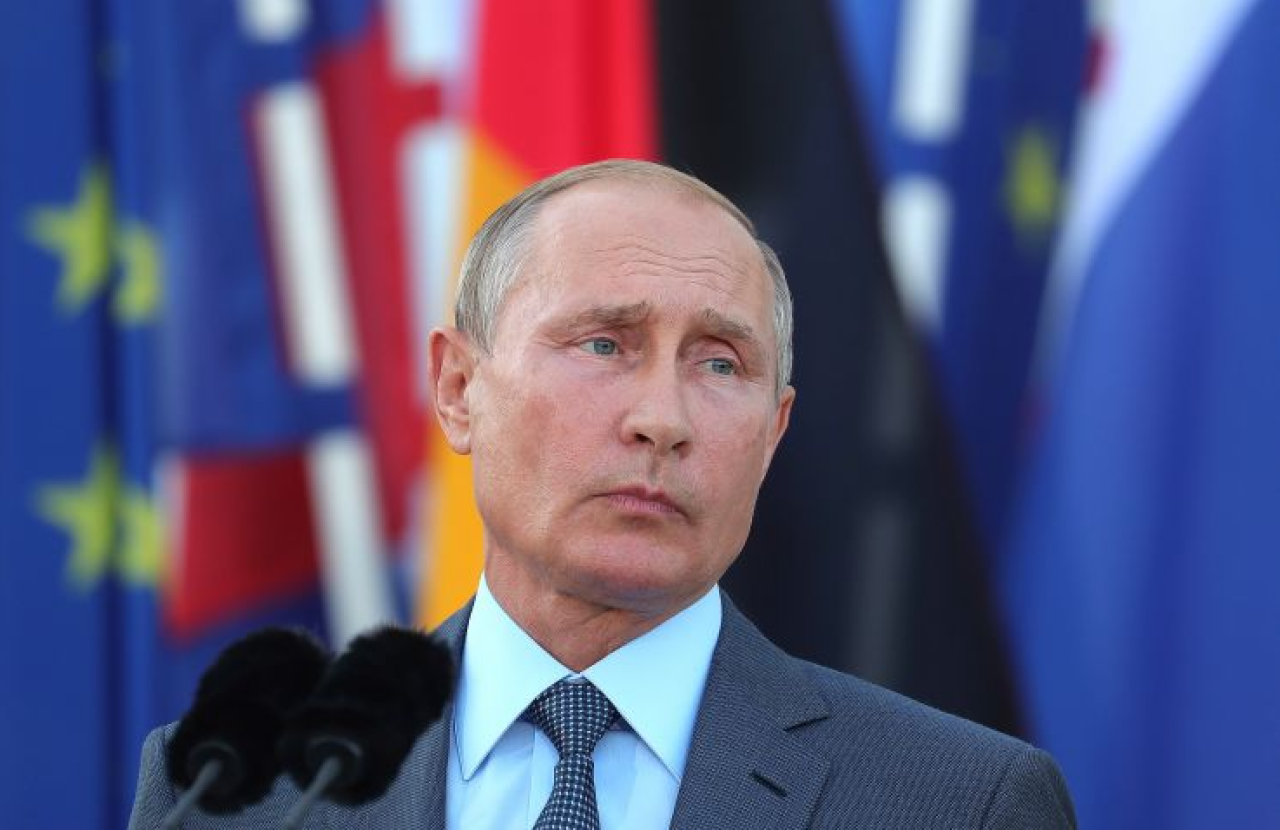 Russian President Vladimir Putin warned the threat of a nuclear war should not be discounted and criticized the U.S.′ move to withdraw from an international nuclear treaty.

Speaking at his annual media press conference, Putin was asked by one journalist to assess the threat of nuclear war or a third world war.

“The danger of the situation is being downplayed,” Putin told the audience of over 1,000 journalists at his year-end question and answer session.

“It now seems to be impossible, something without crucial importance, but at the same time if something like this would happen this would lead to the collapse of the entire civilization and maybe our planet. So this is an important question,” he said via a translator.

“Unfortunately, we have this trend to underestimate the current situation. There are dangers, there are risks in our day-to-day lives. What are those risks? First and foremost, the collapse of the international system of arms control, of moving away from an arms race,” he said.

Speaking at his annual news conference, Putin said it was hard to predict what the consequences would be of a U.S. withdrawal from the landmark Intermediate-range Nuclear Forces Treaty, signed in 1987. He also stated that an escalation of tensions that could lead to war should not be allowed to happen.

“Now they’re making another step and they are withdrawing from the INF treaty so what’s going to come out of that? It’s hard to imagine what will come next,” he said.

Putin’s comments come after President Donald Trump said in October that he will withdraw the U.S. from the long-standing “Intermediate-Range Nuclear Forces Treaty,” or INF treaty, citing Russian violations of the deal. Trump says that Russia has violated the arms agreement by building and fielding the banned weapons “for many years.” Russia has denied it is in violation of the deal.

The 1987 treaty prohibits Russia and the U.S. from possessing, producing or test-flying a ground-launched cruise missile having a range of 500 to 5,500 kilometers or “to possess or produce launchers of such missiles.”

“For the first time since 2011, we see a budget surplus and this is going to be around 2.1 percent of (gross domestic product),” he added.

Putin’s annual media question and answer session comes at an challenging time for the economy.

Several key Russian sectors are subject to Western sanctions including the banking, infrastructure, oil and military industries. Sanctions were imposed after Russia’s 2014 annexation of Crimea and role in a pro-Russian uprising in east Ukraine. There are restrictions on numerous individuals and entities alleged to have links to the government.

The major oil exporter has also had a torrid time with volatile oil prices over the last year. A barrel of Brent crude cost around $67 in January. But the price zig-zagged throughout the spring and summer and reached around $85 in October, before falling to its current level of $55. Russia formed a close relationship with fellow oil producer, and OPEC leader, Saudi Arabia, to stabilize prices by cutting production.

Amid fears of a drop in global supply both producers agreed to pump more oil in summer. In early December, that decision was reversed with the alliance deciding to cut again. Despite Russia’s reliance on oil exports for much of its growth, Putin once again stressed the need for structural reforms and diversification when asked by one journalist why growth was not higher.

“We cannot provide for the necessary rate of economic growth unless we change the structure of our economy,” he said.

Putin’s annual press conference is largely seen as a way for the Kremlin to show it is transparent and accountable but the level of questioning is not usually overtly critical on Putin. According to the Russian state-owned news outlet Russia Today, which live broadcast the conference, this year’s Q&A saw a record number of journalists accredited for the event, at 1,702.