Majority of Britons support 'Brexit by any means' 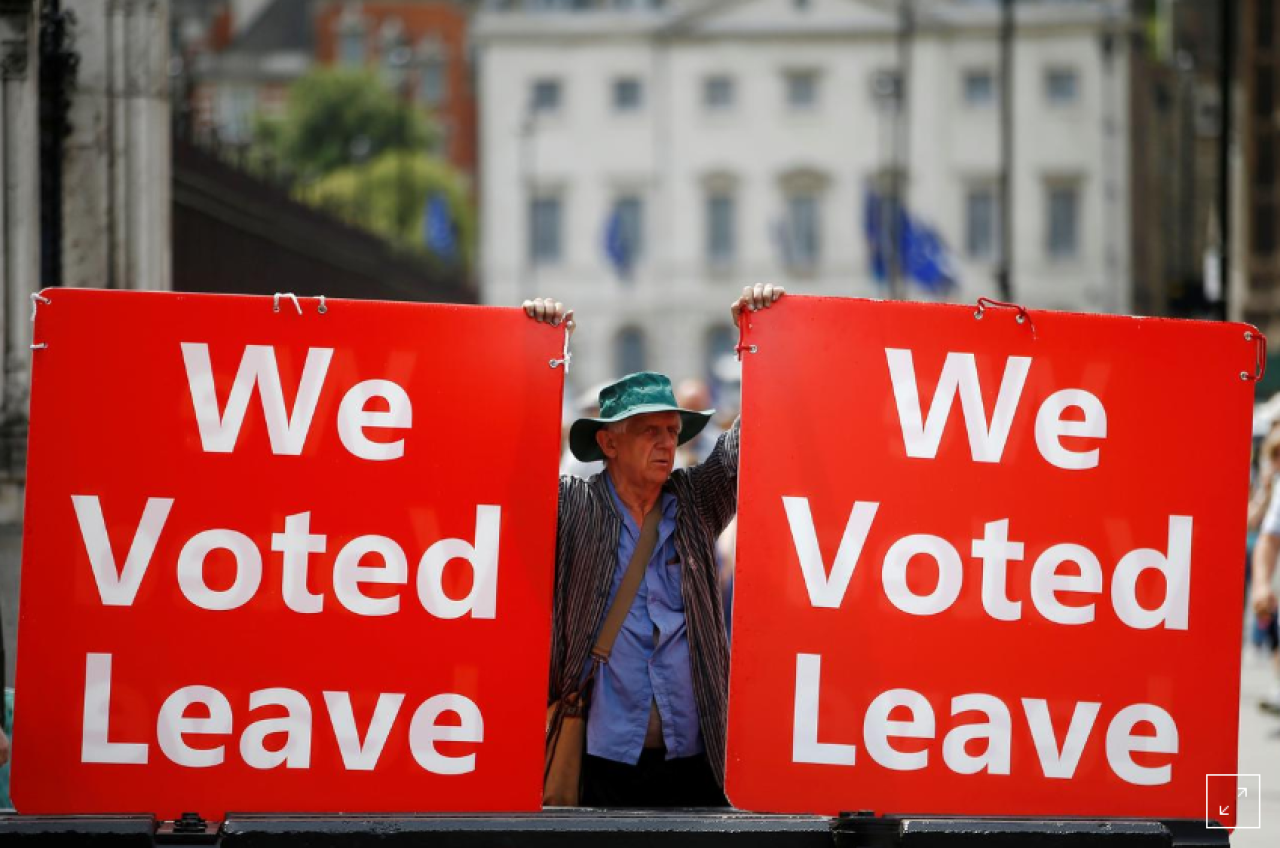 A majority of Britons believe Prime Minister Boris Johnson must take Britain out of the European Union “by any means”, even if that involves suspending parliament, an opinion poll conducted for the Daily Telegraph said on Monday.

Johnson has promised to lead Britain out of the EU on Oct. 31 regardless of whether he manages to secure an exit deal with Brussels, despite many in parliament being opposed to leaving without a deal.

A ComRes opinion poll showed 54% of respondents said they agreed with the statement: “Boris (Johnson) needs to deliver Brexit by any means, including suspending parliament if necessary, in order to prevent MPs (Members of Parliament) from stopping it.”

Johnson is seeking a deal with the EU but has not ruled out suspending parliament to prevent lawmakers’ attempts to block a no-deal exit.

The poll showed 46% disagreed with the statement. The result was based on the answers of 1,645 respondents, after those who said they did not know their preference had been excluded.

The same survey found support for the Conservative Party had risen by 6 percentage points to 31%, compared with 27% who said they would back the opposition Labour Party. That result was based on 1,783 responses.

That finding is largely in line with other polls showing an increase in support for the Conservatives since Johnson took over from Theresa May, who formally quit last month having failed to deliver Brexit on schedule.

Are ports taking enough precautions to protect their cybersecurity?

Port authorities and staff are increasingly in the sight of cyber criminals aiming to find vulnerabilities. Dave MacIntyre investigates.

OPEC+ may meet over oil cuts this week if laggards agree to comply: sources

OPEC+ oil producers could still hold a ministerial video conference this week if Iraq and others which have not fully complied with existing oil supply cuts agree to boost their adherence, three OPEC+ sources told Reuters on Thursday.

President says the introduction of a capital levy would be a one-off "extraordinary measure". Lawmakers say bill would boost government coffers by between US$2.5 million and US$4 billion.