Split emerges in Venezuela opposition over talks with Maduro 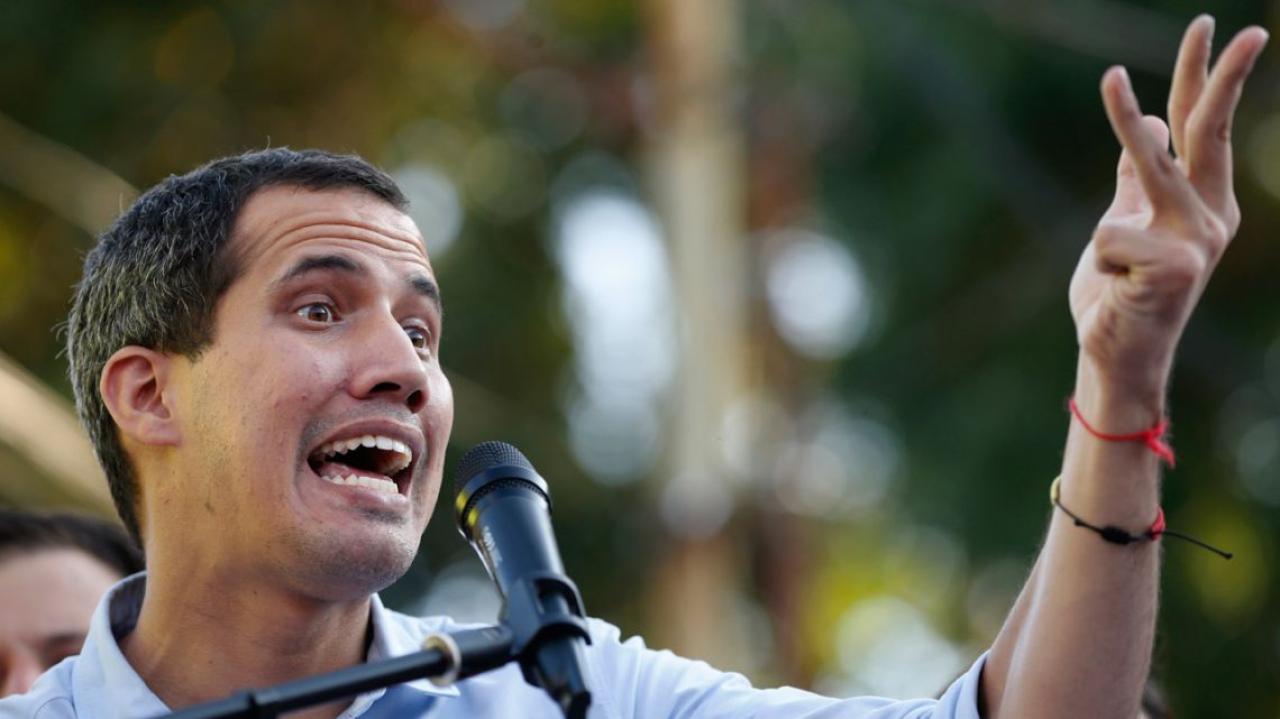 A minority group of opposition parties in Venezuela agreed Monday to enter negotiations with President Nicolás Maduro's government, without the participation of US-backed opposition leader Juan Guaidó, eroding his efforts to hold together a coalition to confront the socialist administration.

The agreement was signed by representatives of several opposition parties alongside Maduro's top aides in a nationally televised event attended by foreign diplomats.

It marks the first significant split in the anti-Maduro camp since Guaidó, as head of the opposition-controlled National Assembly, declared himself interim president in January, citing what was seen as Maduro's fraudulent re-election last year. Guaidó quickly drew recognition from the U.S. and more than 50 nations.

Lawmaker Timoteo Zambrano, an opposition lawmaker who signed the agreement, was critical of the efforts led by the larger anti-Maduro parties. He didn't directly mention Guaidó.

Zambrano said he and the others seek to recover time lost due to the "ambition of some and the mistakes of us all." He urged support from the international community.

"We ask the governments of the region and the world to listen, value and support this path," Zambrano said.

The talks will focus on reforming Venezuela's electoral board as well as finding a solution to the impasse caused by the creation of a pro-government constitutional assembly to rival the opposition-controlled congress.

At least four opposition leaders appeared on state TV to sign the agreement launching the negotiations, though they represent less than one-tenth of seats in the National Assembly. They wield far less power than parties like Guaidó's Popular Will, experts said.

Guaidó appeared at a separate event Monday, saying he considered the announcement of sideline negotiations with the minority opposition parties a "manoeuvre" that Maduro's government has employed before to split the opposition.

"We already know what the conclusion was," Guaidó told The Associated Press, noting that those attempts failed to reach solutions.

Guaidó a day earlier said that negotiations with the government brokered by Norway had been exhausted, saying Maduro and his allies "have blocked a political solution" to the crisis by "refusing to discuss and agree on a sensible proposal." Until recently, the talks held on the Caribbean island of Barbados had been seen as the best chance at resolving Venezuela's crisis. Leaders in Oslo, however, said they left open the possibility of talks.

Despite Guaidó's brave face, some in the opposition acknowledged that by absorbing the attention the new dialogue attempt would complicate efforts both inside and outside Venezuela to secure Maduro's removal.

Geoff Ramsey, a researcher at the Washington Office on Latin America think tank, said this division will complicate negotiations such as those in Barbados. Maduro will be able to claim he's made meaningful concessions, while doing the bare minimum, Ramsey said.

"The opposition formally announcing the end of talks provided the regime with an opening," Ramsey said. "There are plenty of opportunists among the fringes of the opposition that are happy to steal the limelight."

The international community will never endorse agreements from the new negotiations, he said, because democracies around the world have been denouncing Maduro's government as illegitimate for the past eight months, and any deal that doesn't lead to new presidential elections is going to be a "non-starter."

Many of the same issues, such as reforming the electoral board, had also been raised by Guaidó's envoys in the Barbados talks. So the government can legitimately claim that it is at least partially addressing longstanding opposition demands.

Venezuelan Communications Minister Jorge Rodríguez said that some agreements have already been reached on some issues. Both sides are working on an agenda to continue negotiations on further agreements, he said.

"We have not closed, nor will we close, any doors to any initiative that will allow Venezuelans to resolve our troubles," Rodriguez said, urging other countries not to interfere. "These issues only concern us as Venezuelans."